The SMBQ travelled to Jamaica May 13-20, and we played a total of 6 concerts in Kingston and Montego Bay, mostly at all-girls schools.  We played for some huge audiences (1500+), and they were very enthusiastic!  For the majority of these girls, this was the first time they had ever heard a brass quintet live, or any brass instrument, for that matter.

Our program had an educational theme.  Each instrument played a feature piece (mine was a shortened version of the Rondo from Mozart 2), and in between pieces we discussed the characteristics of the instruments.  We also played a wide range of styles including jazz, fanfare, classical, contemporary, funk, and more.
Far and away, the highlight of the trip for me was the moment captured in the video below.  Towards the end of our program, we always asked for questions from the audience.  Our first trumpet player, Brad Ulrich, is great working the crowd and answering their questions.  At this particular concert, instead of asking about brass instruments, or the U.S., some of the girls started making requests.  After one girl requested the Pink Panther theme, Brad had politely explained that we don't have the music for that, and we can't really play it well together without practicing it first.  The next girl asked if we could play "Titanic," and just as Brad was starting to repeat his explanation, I started playing the famous horn solo - and the crowd went wild!!  I hadn't played this solo in years, and I wasn't sure if I should play the whole thing, or if I could even remember it all.  My mind was racing, but I managed to pull it off, and the reaction of the audience was the greatest thrill I've ever experienced with the horn in my hand!  It brings a smile to my face every time I think about it.
I should probably just retire from performing now, because it doesn't get any better than that!

Like our trips in recent years to China and Germany, this trip also provided some excellent food!  We had our share of local specialties like ackee and salt fish, spicy jerk chicken and pork, breadfruit (far right in the picture below), and festival (a yummy, fried breadstick-like thing, pictured far left). 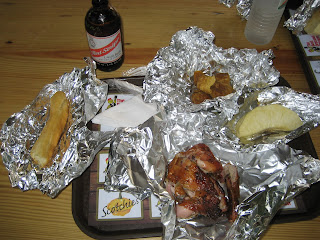 When you order fish in Jamaica, you get a fish... 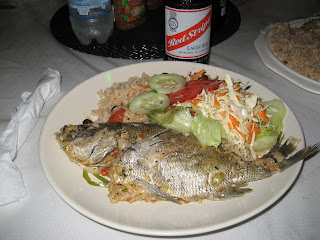 Air conditioning is somewhat rare in Jamaica, so most of the dining was outdoors, but in the shade (thankfully).  As you can imagine, it was VERY hot in the sun.  But, in the shade, there was usually a nice breeze blowing, and it wasn't too bad.

When most people think of Jamaica, they picture white sand beaches and all-inclusive resorts.  In reality, it is a 3rd-world country that suffers from rampant poverty.  It was really eye-opening to see the conditions in which many local people lived.  Here is a short video I took out the window on our bus ride from Kingston to Montego Bay.  This wasn't even the saddest of it, but this was typical of the scene out the window for most of the ride.


Despite the poverty, the people of Jamaica were very warm and friendly, and it is a country of tremendous natural beauty.  I'll close this post with some more photos from the trip... 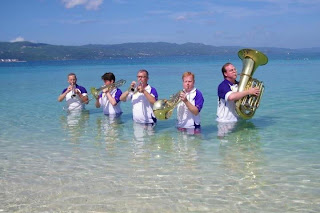 After our performing duties were done, we had a little fun on the beach at Doctor's Cave in Montego Bay! 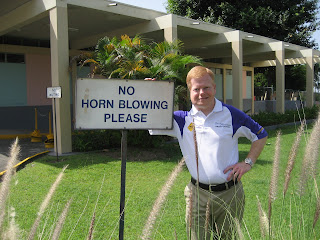 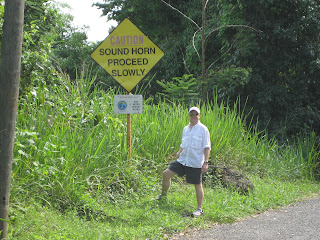 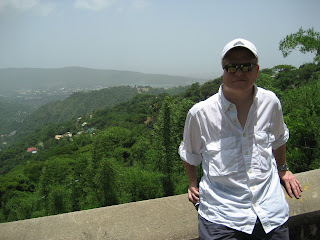 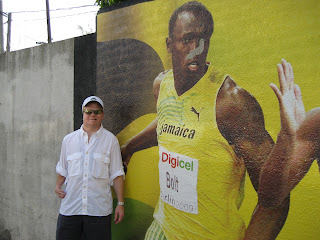 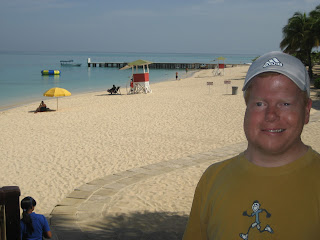 Posted by Travis Bennett at 5:12 PM